Free Numerology The Meaning of Numbers 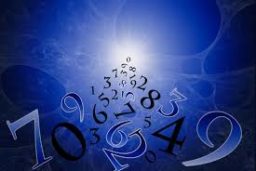 Numerology is the study of the mystical significance of numbers.

In its simplest form it manifests in the way many cultures, and individuals, consider certain numbers to be lucky or unlucky. For example:

Interestingly, these generalized meanings are culturally dependent. This suggests that rather than being intrinsic, the significance of numbers depends upon the context of consideration, and that this contextual significance has been created by eons of consistent association.

In addition to the significance of numbers in Eastern and Western culture, it is worth noting the Hebrew study of gematria. Gematria provides a system of encoding and finding hidden meanings in words and phrases by means of the numerical values of individual letters and has been applied to both the Bible and the Qabalah.

Numbers and the Individual

Numerology often focuses on the digits 1 to 9, with higher numbers being reduced by the summation of the constituent digits, eg 59 may be reduced to 5 thus: 5 + 9 = 14, 1 + 4 = 5. The two basic numerological indicators for an individual are calculated from their birth date and full birth name.

The life path number indicates your purpose in this life, your reason for being here.

The number calculated from the full birth name is known as the expression number. A number is assigned to each letter of the birth name according to the following chart.

The expression number indicates what you are, and therefore suggests how best you may fulfill the purpose revealed by your life path number.

The Esoteric Significance of Numbers

The following summarizes the most common numerological associations for each number:

Zero is a powerful number which brings great transformational change, sometimes occurring in a profound manner. It has much intensity, so caution is needed wherever it appears to ensure that extremes are not encountered.

Although reducible, the numbers 11, 22 and 33 are considered especially significant and are known as the master numbers.

There is no doubt of the significance of numbers in our daily lives. We can hardly do anything without thinking, speaking or writing numerically in some way. But numbers in themselves are mere symbols. They represent something else. Like all symbolic systems numbers are like keys. They have little value in themselves except the ability to unlock certain doors and provide access to what lies within.

Numbers don’t cause people to have particular characters, or things to happen or not. Neither do people’s characters or the occurrence of events automatically associate themselves with certain quantities. Rather the more often than chance linkage of particular numbers with personal characteristics and physical happenings suggests some hidden connection between all things, termed synchronicity by Jung. A hidden connection that exists not in the physical realm, but in that which, for want of a better name, we call Spirit.

In order to make best use of the journey of life it is first necessary to know ourselves and our place within the order of things. That belief in numerology has persisted for so long and that it remains pervasive in so many cultures is testimony to its value. Thus, numerology should be one of those tools through which we seek self-knowledge.

Analyzing the numerical significance of our name and birth date yields invaluable food for reflection. Perhaps we will be amazed by its accuracy; perhaps we will delight in refuting its assertions (though others may disagree). Either way, to reflect upon its findings will take us further along our path.

Be guided by numerology along with other esoteric systems. But be a slave to none. Divinatory systems are like roadmaps, they may serve to show us a particular route but are ultimately subordinate to the supremacy of human free will. Be advised by the various esoteric tools such as numerology, but ultimately it is our own inner self that must decide.

Numerology and the Divine Triangle Faith Javane, Dusty Bunker. A truly comprehensive and authoritative text on numerology. A complete introduction to esoteric numerology with extensive delineations of each of the numbers 1 to 78 and a synthesis of numerology, astrology and the Tarot.

Numbers and You: A Numerology Guide for Everyday Living Lloyd Strayhorn. Learn how to harness the power of numbers with this unique guide, and reveal the secrets of your personality, which lottery numbers you should choose, when is the best time to make decisions, what cities are best for you to live in, how can you tell if someone is right for you, and much, much more.

Numerology: Key to Your Inner Self Hans Decoz. An easy-to-understand guide that introduces the reader to the basic concepts and applications of numerology. Begins with a fascinating explanation of what numerology is and an intriguing look at the philosophy that lies behind it. It then examines how numerology works, focusing on the numeric meanings of personal names, birth dates, and language in general. Included is a step-by-step guide to calculating you own numbers and interpreting them in chart form.

Glynis Has Your Number Glynis McCants. An accessible guide to everything the simple art of numerology can reveal about your friends, loved ones, colleagues, and – especially – yourself.