How to Read Someone’s Mind 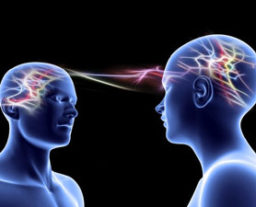 Can you read my mind? Reading one’s mind probably ranks among the highest in people’s list of powers that they would like to have, along with being invisible perhaps. Thus, many would like to know how to read someone’s mind. Having the power to read people’s mind is not an impossible dream or flight of fancy anymore.

Scientists have proven that is already possible and that human beings are in fact natural mind readers. They discovered the ability of the brain to read somebody else’s brain with a high-level experiment with a monkey.

Scientists Say Everyone Can Read Minds

The scientists discovered a cluster of cells in the brain, which they called ‘mirror neurons’, that mirror or reflect other people’s actions, emotions, and even sensations. Like the monkeys, human beings have mirror neurons, which are far more advanced or highly evolved.

In understanding how to read someone’s mind or trying to discern what he or she is thinking about, one should pay extra attention not only to the eyes, but to their overall facial expression, body language, spoken words, tone of their voice or manner of speaking. All of these give clues to their state of mind and emotions.

To be good at reading people’s minds, of course takes a lot of practice as well as self-introspection such as meditation. You should be attuned to yourself first before you can even think of reading other peoples thoughts. If you want to be an expert on how to read someone’s mind, you have to be more alert and sensitive to clues and signals coming from other people.

Experts warn though that mind reading has inaccuracy as well. It is not completely accurate because a person’s prejudices, biases, past experiences, and memories affect how they interpret or read peoples thoughts or emotions.